(scroll down for lyrics “Gold” by Renee Ashley Baker)

Did I tell you, my readers, that my Mother’s son (my brother James who served 28 years in the U.S. Air Force) was best friends with Julian Bond’s first cousin Chris?  On “Good Morning America” (on Monday) reporter Robin Roberts talks with one of the “King family”.  Don’t Miss It !!! 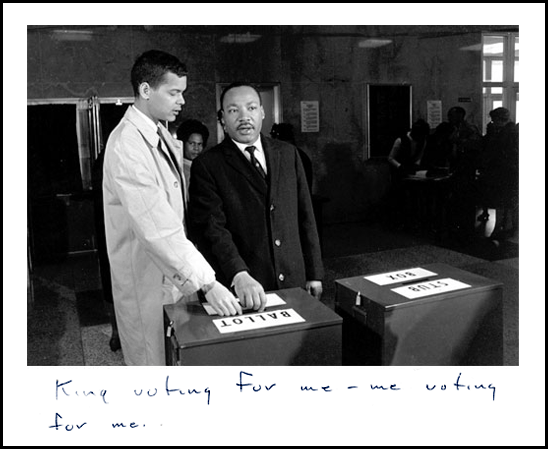 In my opinion, President Elect Trump should cancel the “press passes” of CNN, Anderson Copper and “all others” who “recognize” FAKE NEWS !!!    And, by the way, what did the Head of MI6 say about the “thing” ?

Anyway, New York is really going to be something with White House 2 being “Trump Tower” (although I, Renee Ashley Baker, will be residing at 50 United Nations Plaza).

President Elect Donald Trump has “hired” (appointed) Robert F. Kennedy Jr to head research into “vaccine toxicity”.  (I, Renee Ashley Baker, had a “beloved” cousin who was “autistic” and hopefully, The Erma Foundation will help find a “cure”.  The statistic of 1 out of 5 is ridiculous !!!)

TRUTH IS LIKE A ROTTEN TOOTH YOU GOTTA SPIT IT OUT

CAN’T SEE ME COMING SO I’LL TAKE ANOTHER ROUTE.

CAN’T DO IT WRONG SO I’LL COME ANOTHER WAY

CAN’T COPY THAT SO I’LL INVENT ANOTHER PLAY

CAN’T MOVE LIKE ME SO I’LL LIVE ANOTHER DAY

THEN I’LL TAKE A LOVER

Gold, 24 karats is how I built my lair

Truth is like a rotten tooth you gotta spit it out

Can’t see me coming so I’ll take another route

Can’t do it wrong so I’ll come another way

(If you haven’t already)

LINKS BELOW TO NEW STORIES….

Feature “Unsolved Mysteries” about the assassination of Martin Luther King (click on video below to view).

re: The Martin Luther King Library (in Aurora Colorado):

This “library” is a “disgrace” with the employees and the patrons all sitting around trying to “shake down money” for “Italian organized crime” (and for “street gangs” like the Crips and the Bloods).

If  America (“white America”) wants to know why I, Renee Ashley Baker, threw that “Colorado Entertainment Company” in the toilet then watch TV today (Friday January 13, 2017).  Watch the DECADES TV biopic of  entertainer “MC  Hammer”.  The very talented MC Hammer was “harassed and syphoned” until he was BROKE.  He ended up having to “go to” the L.A. Crips for “protection” and for “his career”.  (Lesser talents telling the greater talent what to do !!!).    I, Renee Ashley Baker, have NO INTENTION” of “working for” the Italian Mob, nor for the Crips, nor for the Bloods.  And certainly not for “Spanish speaking” as they are “insolent” and “disrespectful” of “property ownership”.  I, Renee Ashley Baker, am tired of “Mexicans” shaking me down for business and “money”.   I, Renee Ashley Baker, have never “cared for” Columbia (it’s cartel garbage); Cuba (it’s a drug lord’s garbage); Brazil (it has a “garbage dump” right in the middle of the city !!!); Mexico (the entire country is a “garbage dump”)…..

No to Robert DeNiro, No to Martin Scorcese, No to George Clooney, No to Sylvester Stallone, No to Brad Cooper.  No to Latifah, No to Beyonce, No to Rihanna (and her “Black Punk Junk”) No to Beyonce (I hear that both Beyonce and Jay-Z are BROKE !) No to Jay-z’s Tital Music, No to Sean P. Diddy Combs, No to Chris Brown, No to Ice Cube, No to Ice-T, No to Ludacris, No to Denzel Washington, No to Forrest Whitaker, No to ICM Agent Dana (who I’ve reported to the U.S. Justice Department).  No to ICM.  No to Madonna and No to Janet Jackson (and No to Mariah Carey although she wasn’t “horrible” in that movie with Mira Sorvino). No to Selena Gomez and  No to Demi Lovato and No to Jennifer Lopez.  No to Julia Roberts, No to Melanie Griffith, No to Sharon Stone, No to Kim Basinger, No to Charlize Theron, No to Demi Moore, still NO to Jane Fonda.  No to Oprah Winfrey, No to Gayle King and No to Gale Hurd. No to Universal Studios, No to CBS Network(I named CBS Network in a “complaint” to the U.S. Justice Department.

NO to “all the above” because of “Colorado Criminals”….