Renee Ashley Baker will “hopefully” work in Paris France for The Wertheimers and for “Erma French Perfume and Design”…..

My Grandmother — My Mother’s Mother (Mrs. Calvert) is a descendent of an English “Baron” from The New World ….

My Other Grandmother — My Father’s Mother (Mrs. Ashley) is of Welsh descent ….

As is the FABULOUS…. 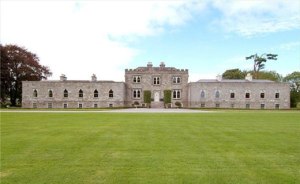 Fur, of course. Fur with Irish Crochet (a Pinterest photo below) 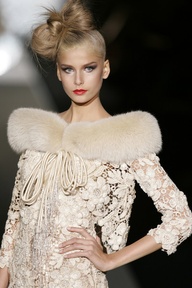 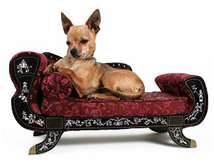 For Help (On The Skin)

Renee Ashley Baker’s favorite product to be a spokesmodel for….

For Help (On The Road)

For “INSPIRATION”….A BOOK (by a #Harvard Business School Prof)

For an “INSIGNIA” (Buy First Sergeant Stripes “Earrings” On Ebay)

HERE ARE SOME OF RENEE’S FAVORITE #CYBER MONDAY SHOPPING SITES: 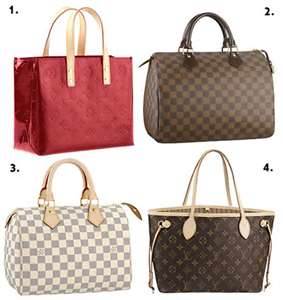 My Mother’s Favorite “Crocodile Bag” (and other Chanel items)

SOLUTION: A Debt for Debt SWAP
(The “National Debt Holder” would be offered an oppurtunity to TRADE/SWAP their T-bills/T-bonds for “x-number” of shares/bills/bonds (at equal dollar value) in a new corporation.
A NEW CORPORATION that would train then EMPLOY millions of “out of work” Americans).

II. FINANCING
This NEW CORPORATION would be funded (capitalized) by (a) Bank Loans from all of the major American Banks and by (b) Congress. $1-2 Billion Dollars would be allotted by Congress from the U.S. Treasury. (Remember–this won’t raise “the debt” as the U.S. Treasury will “no longer owe” National Debt Holders who agree to Trade/Swap their T-bills/T-bonds for new).

III. GOVERNANCE AND EXECUTIVES
The NEW CORPORATION would assemble a Board of Directors. Twelve “notables” such as: A Congressman, a Bank Chairman, an Economist, an Investment Banker, a Socialogist, an Environmentalist, a Marketing Executive, an Advertising Executive, a Manufacturing Executive, a Human Resource Executive, an OSHA Specialist, and 1 other.

IV. MISSION STATEMENT
(A) To “satisfy” National Debt Holders.
(B) To “train and employ” millions of Unemployed Americans.

V. HIRING AND TRAINING
FOUR WEBSITES would be designed and “put on” the world wide web (a North Region, South Region, East Region and West Region). Those AMERICANS who want to work would “REGISTER” on one of the four websites (using their Name, their Address, their ID/Driver’s License number, and– their “Unemployment ID” number).

VI. LOCATIONS
There would be 50 “locations”. Each “State” would have it’s own MANUFACTURING PLANT and TRAINING CENTER. Of course there would be no union–absolutely NO TRADE UNIONS !

VII. PARTNER COMPANIES (aka SUPPLIERS)
The NEW CORPORATION would allow “new businesses” (those in business 3 years or less) to obtain CONTRACTS (with the U.S. Government) to SUPPLY office items, office equipment, work clothes, lunch catering trucks as well as “Nuts and Bolts”. The NEW CORPORATION would solicit “bidding” through a website specially created for this purpose.

VIII. THE PRODUCT
The American Public will always want to save money, cut their budget, lower their monthly bills. What–is needed– is a “PRODUCT” to help Americans cut their ever rising “heat and utility” bills. Therefore—Millions of UNEMPLOYED AMERICANS would be :
(a) Trained to Manufacture Solar Panels.
(b) Trained to Install Solar Panels (on roof tops).

IX. NOW WAIT !
So far–SOLAR has not taken off (except for one solar company which installs solar panels on roofs then charges a monthly fee for “Solar Energy Usage” (just like a public utility does). Solar IS the way of the future. But WHY–hasn’t it been done right? Is it that NOBODY wants to “Buck Up Against” the utility companies? Well, the NEW CORPORATION would be a U.S. Government “organized and funded” Solar Energy Utility….
HOW–you ask–will this NEW CORPORATION make money? The answer: Two Ways.

The NEW CORPORATION would have, literally, millions and millions of CUSTOMERS.

Of course, the name is similar to the great name U. S. STEEL….

XI. DISCLOSURE: My company “Solstice Ventures” would produce TV Commercials for the new U. S. Solar NDH (NDH stands for National Debt Holder…..)
BY THE WAY: Wouldn’t This New Corporation Plan Be Great For “SPACE EXPLORATION” ? And take the place of NASA?
Need I Say It? Okay, I Will: “BEAM ME UP SCOTTi”