above and below The Ritz Hotel in Boston…. 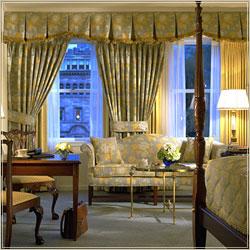 FOR  BUSINESS IN BOSTON: The Queen’s Case….

FOR PLEASURE IN THE HAMPTONS…A Party Weekender

Did you know that “The Shakers”  (a Protestant religious denomination officially called “The United Society of Believers in Christ’s Second Appearing) originated in Manchester England in 1747 in the home of Jane and James Wardley?

The “Shakers” developed from the religious group called “The Quakers”.   The name “Shakers” , originally pejorative, was derived from the term “Shaking Quakers” and was applied as a mocking description of their rituals of trembling, shouting, dancing, shaking, singing and “glossolalia” (speaking in a strange and unknown language).

FOR  MORE TRAVELING MUSIC (scroll down below)